So what do you write to a stranger? Aside from starting the letter – Hey Stranger? Then you wax poetic about restaurants and food and lines for food. Because everyone can relate to a story about food, right? After all, food isn’t just fuel, it’s art; it’s a hobby –it’s war. Food is war.

Take Elijah, for example. He tells me, with his dark face and lips hardly moving, mumbling slightly—I lean in—Elijah says: take the pie. The pie? I ask. What about the pie? Well, he mumbles a little—I note the grey at his temples. He still keeps his hair short, military style.

Well, you know we have diabetics here, and they shouldn’t have pie served twice a day.

I sit back and look at him.

“No one makes you take the pie, Elijah. Really, you can choose to have pie if you want it. Once, twice a day. Or not at all.”

“You shouldn’t be serving it,” he responds.

“Elijah, it’s about self-determination. We give you the choice. Take a piece of pie or don’t.”

“No really, I think y’all should only serve it once a day.”

I sigh. I lean back and I tell him about my grandfather who was in a nursing home at the end of his life. His greatest joy those final days was the scoop of ice cream they offered him on special occasions. I sum it up with—So Elijah, there might be some guys who want pie at lunch or who want pie at dinner. Why should I take that away from them?

Elijah is battling with himself—he forgets to talk about how he wants to vary the menus, how he’s asked for field trips to the Culinary Academy so they can all try the gourmet eggs béarnaise.

What’s next? We serve yogurt. We serve ice cream. You can even get a decent cup of coffee or two or three. No one will force feed you—at least, not until you move to a higher level of care—and they won’t force-feed you there, either. Rather, you’ll have a nurse sit across from you, with a cup of applesauce, attempting to feed you so you don’t choke. And if you don’t like applesauce, they’ll try something else.
And if you are on chewing restrictions, which means your jaw no longer works the way it was designed, you don’t get a nice slice of pie. Ever again. You get pureed pie. Pureed meat. Pureed something. You don’t get to chew a piece of tangy apple, in its own juice, spiced with a little cinnamon, topped with a bit of tender flaky pastry. You won’t have the opportunity to let the butter crust melt on your tongue.
Why the hell would we stop serving pie to people who can still savor it?
Life’s too short to take away the pie.

Seriously, Elijah, what were you thinking?

The thing about running (or jogging) is that, when you are getting ready to go do it, it doesn’t sound like fun. At least, not at 5:30 AM when you didn’t sleep so well and you know…

The Compound Effect by Darren Hardy

A mom’s review of The Compound Effect.

My review of the book “Dopamine Nation.”

“Hamilton’s besetting fear was that American democracy would be spoiled by demagogues who would mouth populist shibboleths to conceal their despotism.” 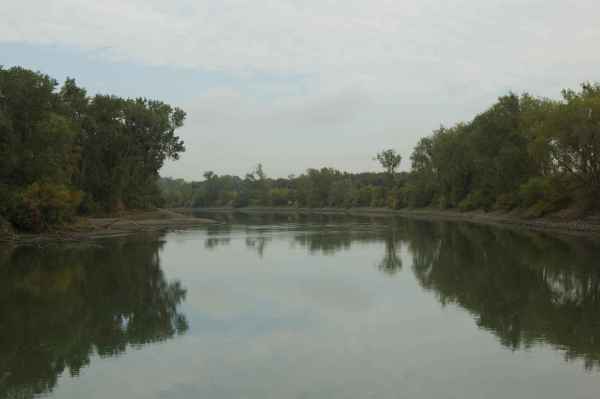 Sometimes other people’s wit catches us by surprise.

My son and I have been walking along the Sacramento River now and again, and this grafitti never fails to amuse me.

All the more relevant as there are homeless encampements and lots of dogs in the area. Love and Poop. That’s all we need. Or is it?

“Whenever you are stuck searching for the optimal plan, remember:

Getting started changes everything.”

The importance of examining the label but even more so, the ingredients list

A disadvantage of wearing a mask is that you really can’t “sniff” the perfume, air freshener, candle, soap, or any other scented thing in the shops nowadays. How can you tell the scent is good or not? Read the label?

No, actually. The label will mislead you.

The other day I was at our local Sprouts grocery store.  I thought I would try a “natural” deodorant. So I looked at the labels and recognized a brand I believed at some point to be good quality. The label looked like it would be a good scent. I mean, I happen to like the scent of roses, and “delicate soft rose” sounded like it was right up my alley.

I did not feel comfortable lifting up my mask in the store to sniff all the stuff. So I bought by sight.

Purchased the bottle. Came home. Tried the substance on.

Talk about misleading marketing. The scent was overwhelmingly chemical and reminded me of some sort of bug killer.

That’s because, low and behold, there is a bug repellant in this spray. At least in principle.

Citrenellol. Pretty much Citronella. You can’t smell anything BUT the Citronella. There are lots of other citrus scents in here too. Not sure who came up with the lovely, highly marketable description of ‘delicate soft rose’ but the idea was brilliant, even though I was the one caught in the ruse.

This was definitely a lesson I will remember. If it says citronellol in the list, don’t buy it. Unless I’m going camping where lots of mosquitos live.

Last time I checked, mosquitos don’t like Citronella. But neither do many of us humans. But now I do have a pretty pink-lidded bottle of bug spray.

Look out mosquitos, the ‘delicate soft rose’ stuff is coming to get you!

NOTE: not that it matters on the grand scale, but citronellol and citronella are apparently two different things that smell bad. One is from a geranium and “rose-scented”. The other is from a lemon grass and is what the mosquitos don’t like.

Meanwhile, I had to go back to the stuff I already know, the stuff I bought before the pandemic. The stuff that smells ok. Not super, but meh. Still far better than this new stinky stuff.

I can’t wait to go to the store someday and sniff things without a mask. But if that day never comes, at least I’ll know to look for suspicious ingredients. And I won’t buy it if it has citronellol in it. Because I’ll probably still have this bottle. A memento and a reminder not to buy without a sniff.