This is book 6 in a 21 book series. I hope the next ones are just as entertaining.

I thoroughly enjoyed The Whispered Word by Ellery Adams. You can read my review of the first book in the series here.

Here’s the book blurb from Amazon:

Nora Pennington, owner of Miracle Books, believes that a well-chosen novel can bring healing and hope. But she and the other members of the Secret, Book, and Scone Society know that sometimes practical help is needed too. Such is the case with the reed-thin girl hiding in the fiction section of Nora’s store, wearing a hospital ID and a patchwork of faded bruises. She calls herself Abilene but won’t reveal much else. And when a customer is found dead in an assumed suicide, Nora uncovers a connection that points to Abilene as either a suspect—or another target. After a second death hits town, Nora and her intrepid friends must help the new, greenhorn sheriff discern fact from fiction—and stop a killer intent on bringing another victim’s story to a close . . .

This was a better than expected second installment in an interesting series. I love the author’s idea of bibliotherapy throughout the book, and the books that are recommended reading to the main character’s customers.

This book had many layers of interesting characters and interactions. I finished it feeling as though I had also had some bibliotherapy of sorts.

I don’t usually finish a novel in the middle of the work week unless it’s a good read. Yesterday I picked up Anne Perry’s Death in Focus (Elena Standish #1) with the intent of finishing, although the book had been languishing on my library books bookshelf for about two months. I had been experiencing some difficulty in getting excited about this book. Flash forward a day, and I’m giving this book high ratings. I’m now preparing to get the next one in the series as soon as I can.

Here’s a quote from the book that I found particularly poignant:

“You do not need to believe evil, only to use its methods. You will get accustomed to them, until eventually they are not your last choice, but your first. For awhile, you can justify it to yourself, and then eventually you will not bother. You have forgotten what you are fighting for; now winning is the only objective! And the more you win, the more you justify it, until the whole idea of right and wrong disappears and only winning matters.”

– Death in Focus, by Anne Perry

This was a sleeper hit. It started out slow for me, and I had other books I was reading that took precedence. I put it aside a few times. Once I paid attention, by the middle to end, I was fully engaged. I wanted to see how it would end. Great development of character. Also of interest was Berlin before WWII, in the 1930s. I look forward to reading the next book in the series and discovering more about Elena Standish and her family.

I gave the book a 5 star review. Mainly because it got really really good, the last quarter of the book. A recommended read. 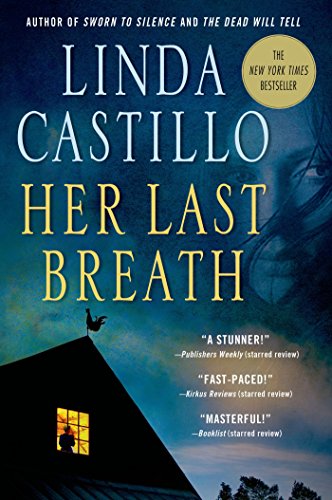 This week, I finished another installment in author Linda Castillo’s gripping Amish murder mystery series starring Kate Burkholder. Her Last Breath is book #5 in the series.

I enjoyed it thoroughly. Here’s my Goodreads review:

Another gripping installment in a compelling series. I don’t know how she does it, but the author was able to make me cry at the beginning of the book. Some scenes toward the end were slightly improbable, but I was effortlessly carried along by the force of the main character’s response to a deadly situation. This was hands down one of the better books I have read in the last several years. Of course, I can say that about the entire series. Masterful.

There are lots of interesting bits in the books. Book #5 discusses some of the genetic challenges the Amish experience. I know a bit about the culture, but I didn’t know the extent of the genetic issues. It was another interesting factor that added layers to the story.

I’m already looking for a copy of The Dead Will Tell, which is book #6. Looking forward to what happens next with Chief Burkholder. 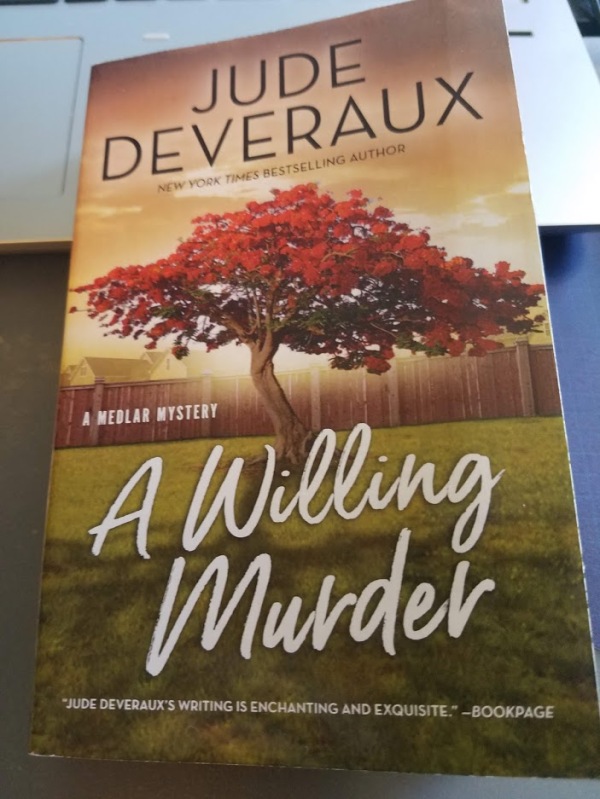 I’ve consumed a few mysteries this week and thought I’d share my thoughts on the stories.

Here’s what I just finished this week, with my associated star rating and review just below:

The Falcon Always Wings Twice is book #27 in the Meg Langslow series that Donna Andrews started long ago. I’ve read many if not most of the earlier books. This installment comes after I (evidently) missed a few! The book was entertaining, as all of them are, but a little slow in pacing, hence the 3-stars. I found I didn’t run to get back to it. Rather, I took my time reading it, especially when some of the explanations were a little long-winded. It was good that I was already fond of some of the characters who appeared briefly in this book.

Of note: Meg’s grandfather in the book was “old” in book one. Her sons are now teenagers (and they weren’t born yet in book one) so you know the aging of certain characters doesn’t necessarily keep up in the series. No matter, this IS fiction, after all. People are immortal in fiction. It did make me pause a bit, though, realizing that Grandfather had been around for ages and ages.

Deathtrap: A Thriller in Two Acts is a book that was recommended in Eight Perfect Murders as one of the murders the protagonist read and used in the commission of his crimes. I had to request it from the library, as it is an older play. Once I got into this play, I found that some of the twists were intriguing! It is definitely worth a read–for anyone who likes a good mystery/thriller. Short, but entertaining! You’ll see why it left an impression, if you have the chance to read it.

A long time ago I read a great romance by the prolific author, Jude Deveraux. I haven’t read much of her since, but I saw this book in my local bookstore, and it called out to be read. It is book #1 in the Medlar Mystery series. I wasn’t disappointed. I read a lot of mysteries, and this was an interesting blend of mystery series with a twist of some of the traditional elements of romance. The result was a fresh new series, which I will continue reading.

Here’s my review on Goodreads:

Of note: some reviewers in Goodreads found the discussion of food choices throughout the book a little tedious. I found it amusing. I keep waiting for the red-headed green-eyed (very typical heroine for a romance) main character wise up to the keto choices her friends are making. Have some bacon-wrapped cheese! Your body will thank you later.

I read this over the course of a day. Generally, when I read straight through like that, it’s a sign the book was engaging enough to keep my interest. This one was. 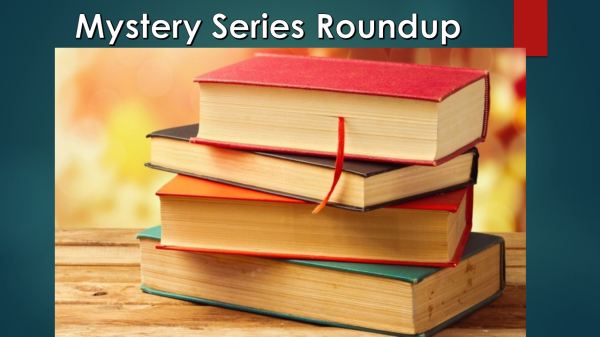 This last week I have been suffering from what I like to call the Dragon Flu. It’s where your derriere is draggin’. But more particularly this was a seasonal flu, and it knocked me out. I was in bed most of the time.

What’s the best thing to do if you need to rest and don’t have much energy? Why, read through a few books in between naps.

As I’ve said before, I love a good mystery. And I follow quite a few mystery series (I keep wanting to pluralize the word series! What’s the right way to say it?).

All of the books were pretty darn engaging. This isn’t always the case when it comes to a multi-book series. In fact, each of the authors who I am going to list have had good and not so good installments.

I finished three different tomes. Just in case you were wondering, I’ve listed them below.

Shadows in Death by J.D. Robb

My review: Definitely a strong entry in this long running series. Lots of energy and intrigue. Interpol gets involved. We see Roarke in more pensive moments. We have a rousing ending, where we see a whole lot of cops do what cops do. Generally a good read, more engaging than most.

My review: this is another compelling read in an intense, disturbing, and interesting series. Kate Burkholder grew up Amish, but is now the Chief of Police in a small town. The book revolves around missing Amish teens and the investigation. Fast paced. The author does not pull any punches in this series when it comes to graphic and the gross. This is not a series for the faint-hearted. I learn something every time. And so far I like Kate and her state agent counterpart, John Tomasetti. I am always rooting for them to solve the horrible crime(s).

Fortune and Glory by Janet Evanovich

My review: An easy read in this long running series. A new character is introduced, and there are some shifts in plot type, which I enjoyed.